Rowjay is a native of Neverwinter, he is middle aged and portly with a grey beard, but relatively fit and can work hard without complaint.

Originally from the southern nation of Amn, Rowjay has been based in Neverwinter for many years. Rowjay is primarily a buyer of artifacts and curios. Having heard about the unusual and collectable items being brought out of the Luna Valley, Rowjay left Neverwinter with his bodyguard of many years, Sandy, and headed to the area. In Ten Towns he took on the task of organising a relief effort comprising of a cartload of emergency supplies for the town of Tomar’s Crossing.

Rowjay has already found some items, buying them from the party of adventurers who were also hired to escort the cart to Tomar’s Crossing when they found them on the way. Rowjay is staying at The Weary Traveller inn at Tomar’s Crossing. He plans to stay until he has no more money for artifacts, and then he and Sandy will head home (weather permitting), sell what they have gathered, and perhaps come back again. 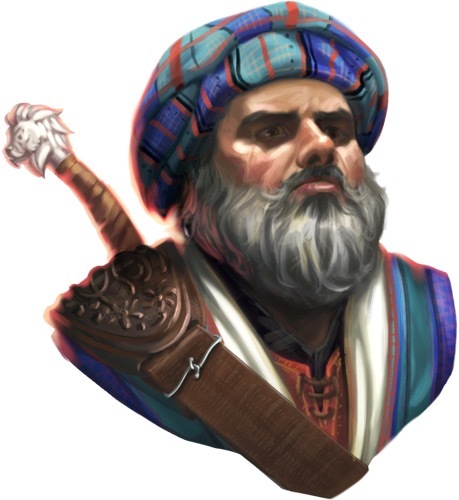