The next day was freezing. Snow was still on the ground and a strong, cold wind blew from the northern mountains and the coast.

In the biggest guest room at the inn the party all congregated to meet to support Zhang Thai Shi in casting legend lore and contact other plane spells. The purpose was to get as much information as possible. The half-orc necromancer had gathered the components needed to be able to cast legend lore a couple of times.

The spells were successful – in that they got information and Zhang Thai Shi did not go mad, which was always a possibility with the contact other plane spell. With the information they had they decided to cast legend lore again the next day. 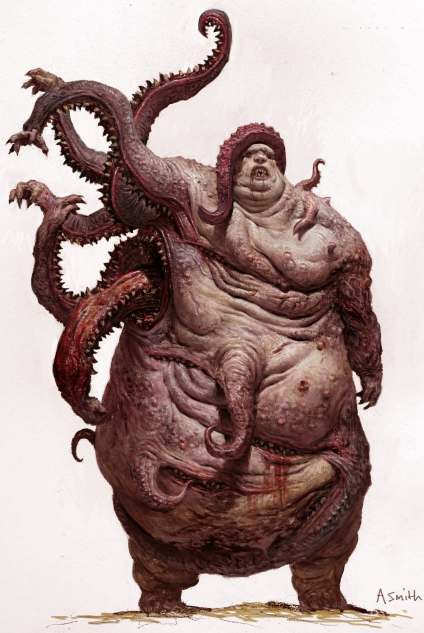 As they mulled over the information, they were interrupted by the alarm. Ellinda went to check and saw rather than just zombies this time the village was being attacked by two valok and an assortment of plague zombies. One valok was huge with tentacles sprouting from one side of its body. The party went to help defend the town. It was a tough battle but the party prevailed against the two valok and some of the tougher zombies, while the militia and watch took care of the other zombies.

The next day was a little warmer, the wind had died down somewhat. The snow had started to melt in places, creating slush or icy patches that were slippery. The party reflected on their experiences. Ellinda thought she could have a go at trying out some higher level spells, and her first experiment was casing greater restoration on Bazil. Bazil was cured of his insanity and was very grateful. He set about tidying and fixing up his shop which had become a disorganised mess.

Xancrown was a greater plague demon who destroyed the world of the Duladarin star elves. They fled to Toril (this world) but Xancrown found them and resumed his destruction of the civilisation they had created here in the Luna Valley. The elves created a ritual that imprisoned Xancrown which limited but did not stop his ability to inflict demonplague. Over the centuries three more civilisations arose in the Luna Valley, and each was destroyed by Xancrown’s demonplague.

The party decided they would not go to Safeharbour to clear out the Temple of Oghma, and they broke the news to Bryan the young priest who was disappointed, but determined to fulfill his mission. He decided he would approach The Sharp Blades.

The party had a discussion about whether they were ready. They talked to the faction heads who said the people who had volunteered to perform the ritual and be raised afterwards were already on their way, some were here already. Zhang Thai Shi had to leave her pseudo dragon behind as she was part of the ritual.

The party decided they needed to go now before the demonplague got a real foothold in the valley. They made ready to leave the next day.