Reassessing what they need to do.

After midnight it had snowed for about half an hour, remaining on the ground when everyone woke up, cold and stiff and started moving around in the dawn to eat and make ready to move once again. They were cheered by the idea they would reach Tomar’s Crossing later today. Only Zhang Thai Shi seemed glum, and reiterated to anyone who would listen that she hated Tomar’s Crossing, and its politics in particular. And she said that if anyone – ANYONE – approached her to get her to vote for this or that candidate or get their help in spying or ANYTHING AT ALL, she would stab them. The prisoners did not know what to make of her and gave her a wide berth, thinking perhaps she was insane. 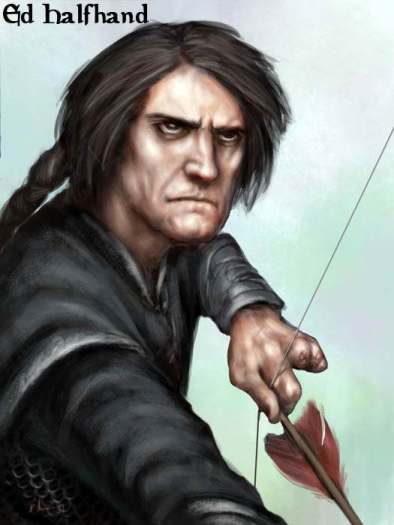 They made their way through the snow, as usual the phantom steed pulling the wagon filled with supplies on skis with everyone walking around it. There was no further snow, so the day was overcast but they could see for miles. This is how they got to see a Tomar’s Crossing Militia scout running as fast as he could. Then they saw his pursuers – a pack of dire wolves. They shouted and waved for him to come to them, and he changed course. The party stepped up and used their missile weapons and spells to kill most of the wolves with a couple remaining running off with singed fur and wounds.

The scout was Ed Halfhand, who they had met before when he had been assigned to the ruins of Fort Icewind. He was an older man with a greying ponytail and part of his left hand missing. He was grateful for the rescue. Sven asked for an update on Tomar’s Crossing and Ed told them the following:

Sven suggested that Ed might want to update Zhang Thai Shi on the situation in Tomar’s Crossing, and Ed walked over to where the half orc necromancer was getting ready to summon her phantom steed once more. He had only gotten out a few words when Zhang Thai Shi casually drew her magic letter opener dagger and stabbed Ed. Sven’s playful smirk turned into a look of horror and guilt as he rushed over and cast a healing spell on the surprised Ed. Zhang Thai Shi shrugged telling Sven that she had told him what would happen, and turned back to begin her ritual.

Sven explained to Ed the situation and took responsibility for the assault and suggested maybe to stay away from Zhang Thai Shi. Ed thought that might be a good idea.

The party, the rescued prisoners, and Ed continued on to reach Tomar’s Crossing mid afternoon. The temperature never got above freezing for the day, but at least there was no falling snow or sleet to contend with.

The party delivered the supplies to Malaga Taerwain who gratefully accepted them on behalf of the village council. The rescued prisoners found places to lodge, most of them at the largely empty place where the Safeharbour refugees once had been. Grant Ellington and Dougan Martook went with them, declining to mention anything about themselves to the authorities. Dougan told the party he would consider his options before committing to any course of action. Grant just left without a word, as if the party’s rescue was no more than he deserved. While Grant Ellington did not appear to be evil or even particularly arrogant, his noble background did unconsciously show up in his attitude to others and his sense of entitlement.

The party took themselves to the Weary Traveller Inn, and stowed their gear. They reassembled in the common room to discuss what to do next. They discussed their options – their main goal now was to find the prison of Xancrown so he could be killed and have the ritual enacted on him to kill him forever. To find the prison they needed historical knowledge. They remembered the books that Elred Ofusal the gnome jeweller had recovered from the ruins and decided to see him first. Guarg decided he would talk to Rowjay the merchant, and then investigate Grin and his chaos cultists.

The party – minus Guarg – went to see Elred. They found he had sold some of his books to Rowjay, and kept the others as the merchant was not interested in them. Zhang Thai Shi bought all his remaining books from him.

Guarg first met Malaga who told him that Grin and the cultists had been dour for a few days now, seemed to be having some disagreement within their ranks about what they were going to do – stay or go. Guarg then walked over to talk to Grin, who was reluctant to give any information. Guarg, always up for some direct negotiation, pointedly told him that it would be in his best interests to tell him what he wanted to know, but Grin and the cultists had just walked out of the inn. The orc then met with Rowjay and found he had some books. Rowjay had been at the same table as Volo, who greeted Guarg warmly and asked if he would relate his adventures for his book. Guarg agreed and gave Volo an edited version of events. By this stage the rest of the party had returned, and Zhang Thai Shi led negotiations with Rowjay about the books he had. Zhang Thai Shi paid for all of the books he had, even though these were much more expensive than the ones she had procured from Elred. During the negotiations the alarm went off, ringing from the converted mill. Rowjay said it was likely to be another undead attack, but the militia and the watch should be able to handle it. Ellinda went out to look anyway, and saw a wave of demonplague zombies being whittled down by crossbows wielded by the milita and watch. She helped by casting faerie fire on the ones that got close. Satisfied the zombies were about to be eradicated, she went back inside.

Zhang Thai Shi and Ellinda decided to pour over the books and find out what they needed. Zhang Thai Shi decided they also needed access to spells that gave information, such as contact other plane and legend lore and a spell that could get them around the Luna Valley much more quickly, like teleportation circle. They thought that Bazil the wizard and alchemist might be able to assist. Ellinda and Zhang Thai Shi went off to see if he could help them. 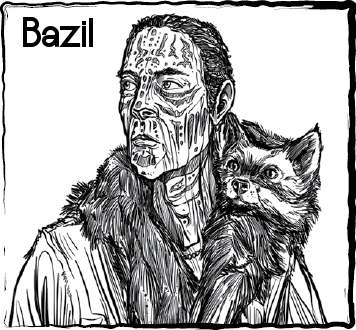 Bazil’s shop was a mess. By all reports he had not been right in the head for a while. He mumbled, never looked at the face of the person talking to him, instead he looked over their shoulder. His answers were sometimes only tangentially related to the questions. He also talked as if there was another person in the room. However they got their message across and Bazil went to look out the back. He came back and said he could transcribe the spells contact other plane and legend lore but not teleportation circle. For extra money he agreed to start copying them tonight. Zhang Thai Shi was concerned about his mental health, and wondered if some kind of restoration spell might work. She and Ellinda left and brought Sven back with them. Sven only had access to lesser restoration but thought it was worth a go. The transformation was immediate.

Bazil sat up and expressed his gratitude. He knew the lesser restoration spell would only work for a maximum of an hour, so he wanted to tell them as much as he could in the time he had available. He knew that only a greater restoration spell would permanently cure him. Bazil said he was a wizard and an alchemist, but also had some psionic ability. He told them that when the comet had hit and the melt occurred, he had felt a psionic connection with… something at the impact site. In curiosity he opened himself up to it and found himself in a psychic battle with an alien entity that was trying to take over not just his mind but his entire being. Bazil resisted and was mostly successful, but at the cost of his insanity. A little bit of the whatever monster that had attacked him was still in his mind, befuddling him, talking to him, distracting him, sapping his concentration and attention. The Elemental Cultists who fled Tomar’s Crossing knew he was perfect for one of the elemental evil entities to take over had tried to kidnap him as they left, but Bazil had resisted and killed them. Bazil also admitted that his insanity had forced him to kill others also who were not guilty of anything.

Bazil told them that the cultists and their alien masters were trying to find Xancrown to release him so that the demonplague would weaken the world. They were slowly summoning a world killing monster. So far this matched what they already knew through Ariel’s vision. The cultists had something called an astral stone that was affecting the weather of the area, and amplifying the effects of the summoning ritual. The effects of the ritual were already being felt as the boundaries between Toril and the Far Realm were weakening. Creatures like the fell blots were coming through. Destroying the astral stone would stop the rift between worlds and the summoning, but it would be heavily guarded.
The alien masters were also deliberately infecting cultists with demonplague with the intent of sending them out into the world come spring.

Bazil said he better get on with transcribing the spells into a scroll so they could have it come morning.

Ellinda and Zhang Thai Shi looked through their books for the rest of the night, and noted the following information:

While this wasn’t a huge amount of information, it was something to go on. The party decided they needed to go to Safeharbour and investigate the Temple of Oghma. 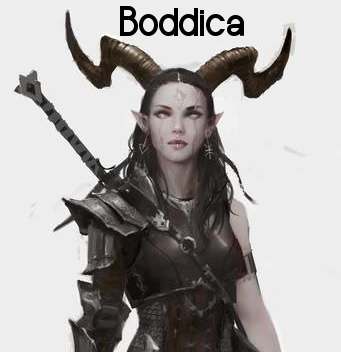 Ellinda volunteered to take the information to the Sharp Blades, and she went to meet with their leader Bodicca, a tall, athletic tiefling with impressive horns. She accepted the information and said they would look into it. She asked what the party were doing and Ellinda gave her a very brief summary of their plans. Bodicca mentioned there was a young priest of Oghma in town who might be worth talking to.

As it happened at that very moment, Bryan of Oghma was introducing himself to the party, having overheard some of their conversation. He said he could tell them about the Temple of Oghma and its current situation, and offered to pay them to clear out the temple of creatures and make it safe. The party agreed and Bryan told them it had been infested with phase spiders, possibly coming from the portal to the ethereal plane located in the temple. The portal was used to store and protect some of their rarer books. The portal must have been open when the flooding hit and forgotten about.

Zhang Thai Shi thought it unusual for phase spiders to gather together, but kept her silence. They agreed to Bryan’s suggestion that he accompany them. Then they turned in for the night.

Leaving The House of Chaos